George Clooney's model girlfriend is reportedly being investigated on drugs charges, after a crackdown by police in Italy

George Clooney’s model girlfriend Elisabetta Canalis is reportedly being investigated on drugs charges, after a crackdown by police in Italy.

Half of one of the hottest couples in Hollywood, Elisabetta has become embroiled in the scandal, after a witness claims she saw the model snorting the drug twice at Milan nightspot The Club in 2007.

The claims were revealed by Italian newspaper Corriere della Sera, who has obtained copies of the prosecutors documents.

‘We had been at a party of some famous, rich celebrity whose name I cannot remember. I don’t remember who brought the drugs but we all took it.’

The legal testimony emerged after prosecutors used it as part of a request to take the owners of the nightclub into custody, Radar Online reports.

Police also seized and shut down the club in the crackdown, and put five bosses under house arrest. 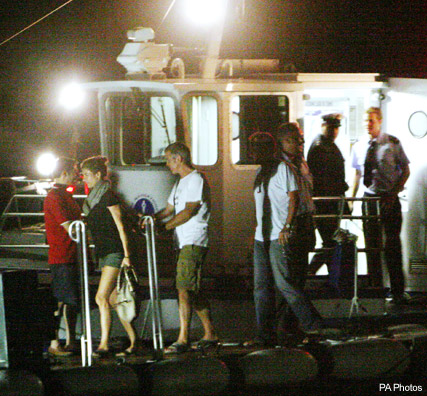 Elisabetta is currently holidaying with George Clooney at his Italian villa, amid rumours they are about to tie the knot.