These brave women have found a support network on Whisper

An app has become the unlikely place where victims of rape can turn to each other to offer advice, share their fears, talk about frustrations with their cases, and facing their attackers in court.

Whisper is a secret sharing app where users can post anonymously and many women have found the solace of a support network there.
For rape victims, reporting your attacker can be a terrifying and difficult thing, but the women on Whisper are helping others to find the courage to come speak out.

One user writes: ‘I know it’s difficult and it takes courage to go in front of court, but you deserve retribution and to prevent him from raping others. You deserve justice.’ 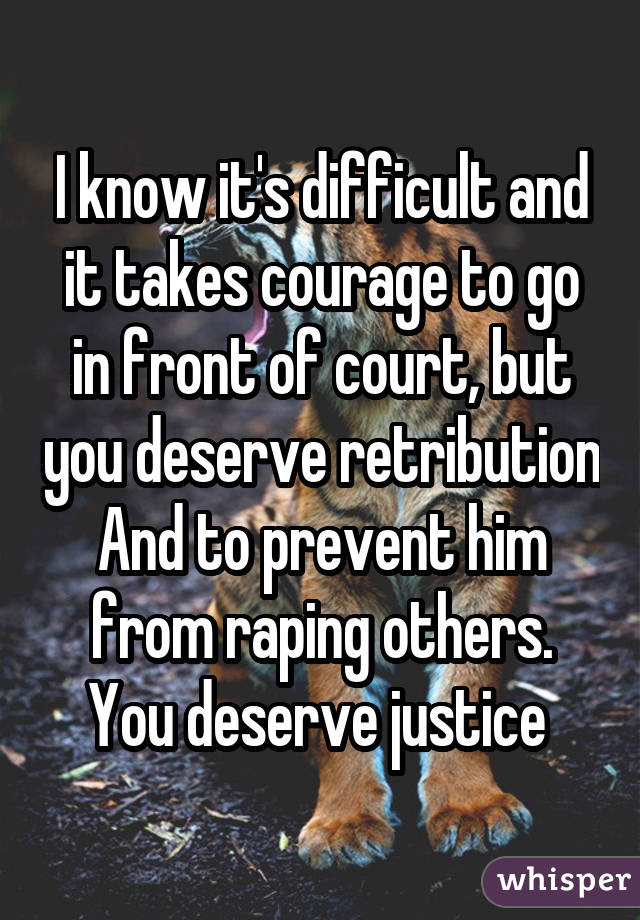 However, for many the idea of testifying, or having people not believe what happened to them prevents them from coming forward, and the comments reveal the painfully sad reality that too many victims have to deal with.
‘I was molested throughout puberty by my stepdad,’ writes one woman. ‘My mom said don’t tell anyone or you’ll go to court and have to say it over and over. I was scared to.’
Another shares: ‘Retelling is lie being raped all over again. The victim is treated like the criminal.’
While one woman posted about the torture of her attacker being found innocent.
‘I went to court and he got away with it. I recommend going but damn it was the worst thing going through it over again in depth and feeling like it was my fault.’ 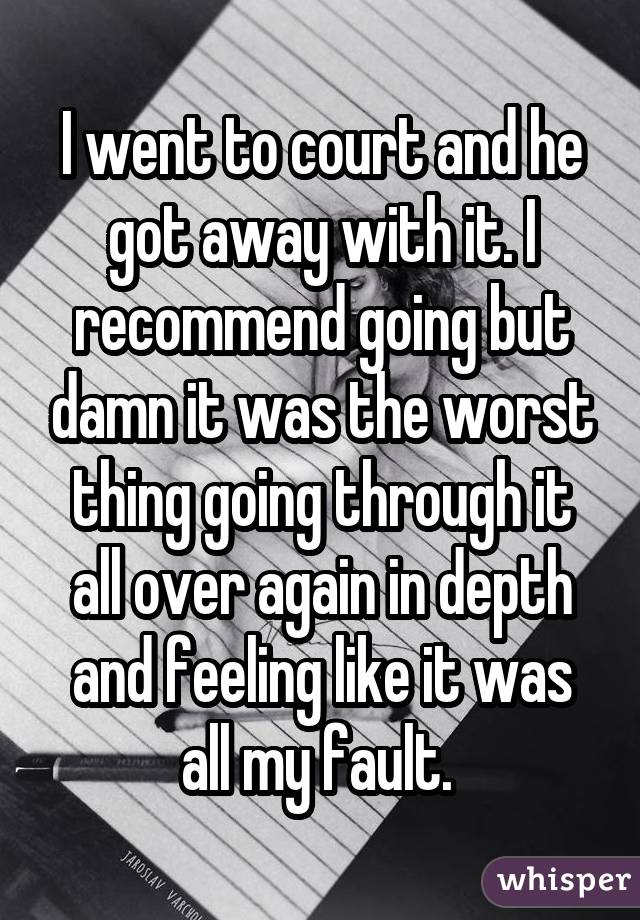 Among the posts that highlight the struggles that rape victims go through, there are also messages from users whose attackers have been brought to justice.
‘This week I have faced my rapist in court,’ posts one user. ‘I feel like a new woman. It’s over. I feel like I can breathe again.’
While another shares this message of positivity: ‘My rapist was finally found guilty in court. I can finally walk free without fear.’