Twilight beauty Kristen Stewarts reportedly been left exhausted after jetting around the world on a gruelling Eclipse promotional tour, leaving friends and family concerned for her health.

Kristens also said to be worried about her safety around fans, and speculation surrounding her relationship with Twilight co-star, Robert Pattinson.

And it now it seems living in the limelight could have taken its toll on the lovely K-Stew.

The tired Twi-star reportedly collapsed after working non-stop to promote her latest movie, and is said to have told friends the stress is ‘killing her

‘Her (Kristen’s) family is worried. Shes told them it is killing her,’ Entertainmentwise reports.

Its even thought she resorted to honey-blond highlights to disguise her gaunt appearance. 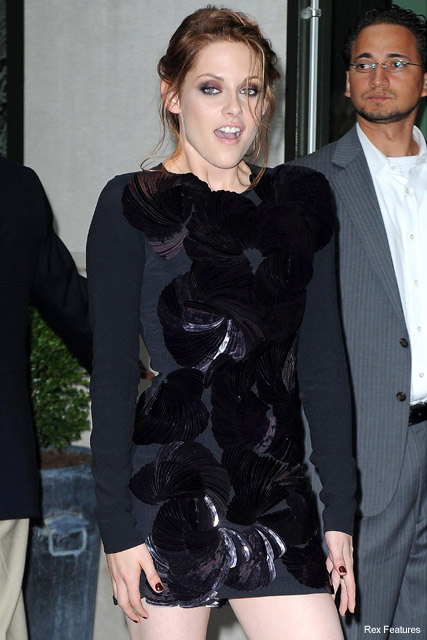 ‘Kristen has been looking pale and drawn in the last couple of weeks. Her stylist told her to get a lighter hair colour to try and hide how ill she was looking,’ the source added.

At one point, she was so gaunt that her eyes were almost popping out of her head.

We hope after her month of Twilight madness shes heading home for a nice long rest!