Gleeks listen up! With the Teen Choice Awards just weeks away, organisers have announced four of our favourite Glee stars will host the show

Calling all Gleeks! With the Teen Choice Awards just weeks away, organisers have announced four of our favourite Glee stars will host the show alongside Katy Perry.

The California Gurls songstress has long been planned to host this years event.

But now Katy will have to share the limelight with not one, not two, not even three, but FOUR gorgeous Glee stars.

Yes thats right. Not content with a whopping 13 nominations, four of our favourite Glee boys – Chris Colfer, Kevin McHale, Cory Monteith and Mark Salling – will be taking to the stage alongside Miss P to present the prestigious ceremony

The fabulous foursome will join a star studded line-up at the ceremony in Los Angeles on August 9. 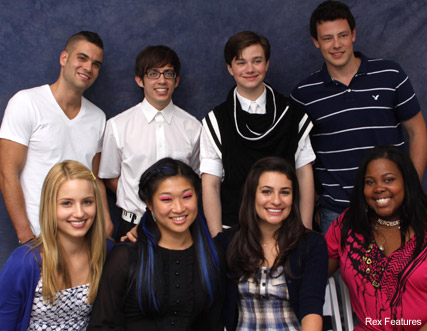 The audience already like a whos who of Hollywood, with A-list attendees including Sandra Bullock, Robert Pattinson, Ashley Greene, Zac Effron, Leighton Meester and Taylor Lautner.

And theres still more to be added to the list!

Who else would you like to see take to the red carpet on the night? Let us know your thoughts in the comments box below.

SEE THE STARS OF GLEE HIT THE RED CARPET HERE!