The star had a near miss outside Harrods yesterday, after a black cab missed her 'by inches' when it collided with her car

Beyonce had a lucky escape on the streets of London yesterday, after a black cab missed her ‘by inches’ during a collision outside Harrods.

The songstress was travelling with hubby Jay-Z in a blacked-out silver Mercedes when the incident occurred, the Sun has revealed.

The pair were on their way for a romantic dinner at swanky London eatery, Zuma, in Knightsbridge, when they decided to make an impromptu shopping stop at the famous London store.

But as Beyonce opened the car door to get out, a black taxi ploughed straight into it, ripping it straight from its hinges, and missing the US star ‘by inches.

Bea was said to be shaken by the incident, but luckily remained unharmed.

‘It was terrifying to watch. It all happened so quickly, the taxi came out of nowhere, one onlooker told the Sun.

‘She seemed very shaken and was lucky to be alive. A couple of seconds difference and God knows what could have happened. 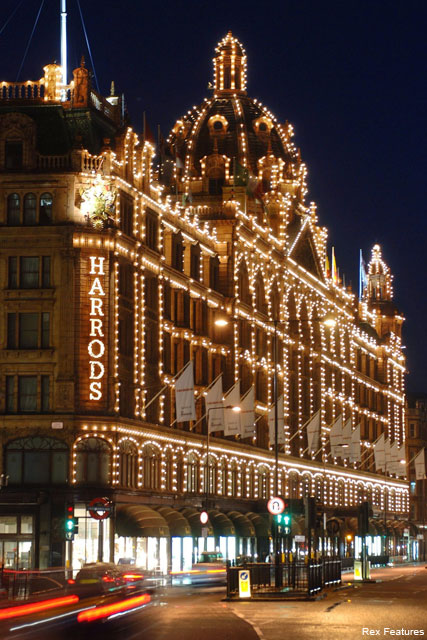 And it seems Beyonce and her famous hubby were in no mood for shopping after the dramatic incident.

A replacement car was quickly sent to collect the pair, and they continued on to their dinner. The famous twosome have been in the UK for a series of gigs, and Beyonce was spotted watching her hubby from the side of the stage when he performed at Hyde Parks Wireless festival over the weekend.

The US beauty mingled with other A-Listers, including Gwyneth Paltrow, Madonna and Prince Harry at the London event.