No Visible Bruises is an extraordinary book of why home can be the most dangerous place for women. Award-winning journalist Rachel Louise Snyder tells us why her investigation into domestic abuse, and the social crises surrounding it, is a terrifying must-read and how we can end it

Domestic violence has been called ‘a global health problem of epidemic proportions’ by the WHO, so why does our understanding of it remain so low?

‘Because there is so much shame associated with it, from both the victim’s and the abuser’s side. There is this cultural message we get that we make our own choices about who to love, and if you love someone who abuses you, well, it’s your fault for having made a bad choice. It’s not true, of course, but that’s the cultural fear. We also don’t treat it like we do other crimes. If someone comes up to you on the street and clocks you one, or strangles you until you pass out, we’d send that person to prison for a long, long time. This doesn’t happen with domestic violence. We simply don’t see it as we do other crimes of violence.’

What’s one misconception you wish more people knew the truth about?

‘It’s always hard for me to narrow down to just one, but I think it would be this: that leaving is the most dangerous time for any victim. It’s often when homicides happen. And leaving is a process, not an event. It takes months or sometimes years to lay the groundwork to leave safely. It’s not that victims don’t leave; it’s that we don’t know what leaving looks like. We also need to stop asking why victims don’t just leave and start asking why someone is abusive in the first place. Let’s put the emphasis on them, not the person being abused.’

While researching No Visible Bruises was there an anecdote that particularly shocked you?

‘I just began to learn more and more how we all buy into these myths that are so destructive – like: if things were bad enough victims would just leave, or victims incite their own violence, or if a victim doesn’t renew a restraining order then the problem is solved, or shelter is an adequate response. I’d never considered any of these with any kind of depth or nuance. And not telling this larger story, was costing people their lives. My fear was that no one would be interested in a book about domestic violence. And I have a lot of evidence my fear was not unfounded; there aren’t nearly as many books on DV as there are on other pressing social issues – like homelessness, or poverty, for example. So my task became to write a book that was so gripping it would feel like a novel and readers wouldn’t be able to put it down.’

How did you go about deciding who you wanted to interview?

‘I’ve interviewed so many more people than appear in the book. I couldn’t only talk to victims. I had to talk to the abusers. I couldn’t only talk to police and advocates and researchers; I had to talk to clergy, to parents and children, to coworkers, basically to anyone affected by domestic violence. It was also important to me to have diversity in terms of race, socio-economic status, age and geography. I spent the first two years reading academic papers and books. It also takes time for people to trust you, for them to be vulnerable with you. But once you’ve gained their trust, they connect you to others and so on. For me, the most memorable interviews are those with men. Once you get past all the questions what you’re left with is a person in pain, a very broken person. This is what abusers and victims have in common; they are all in such profound pain.’ 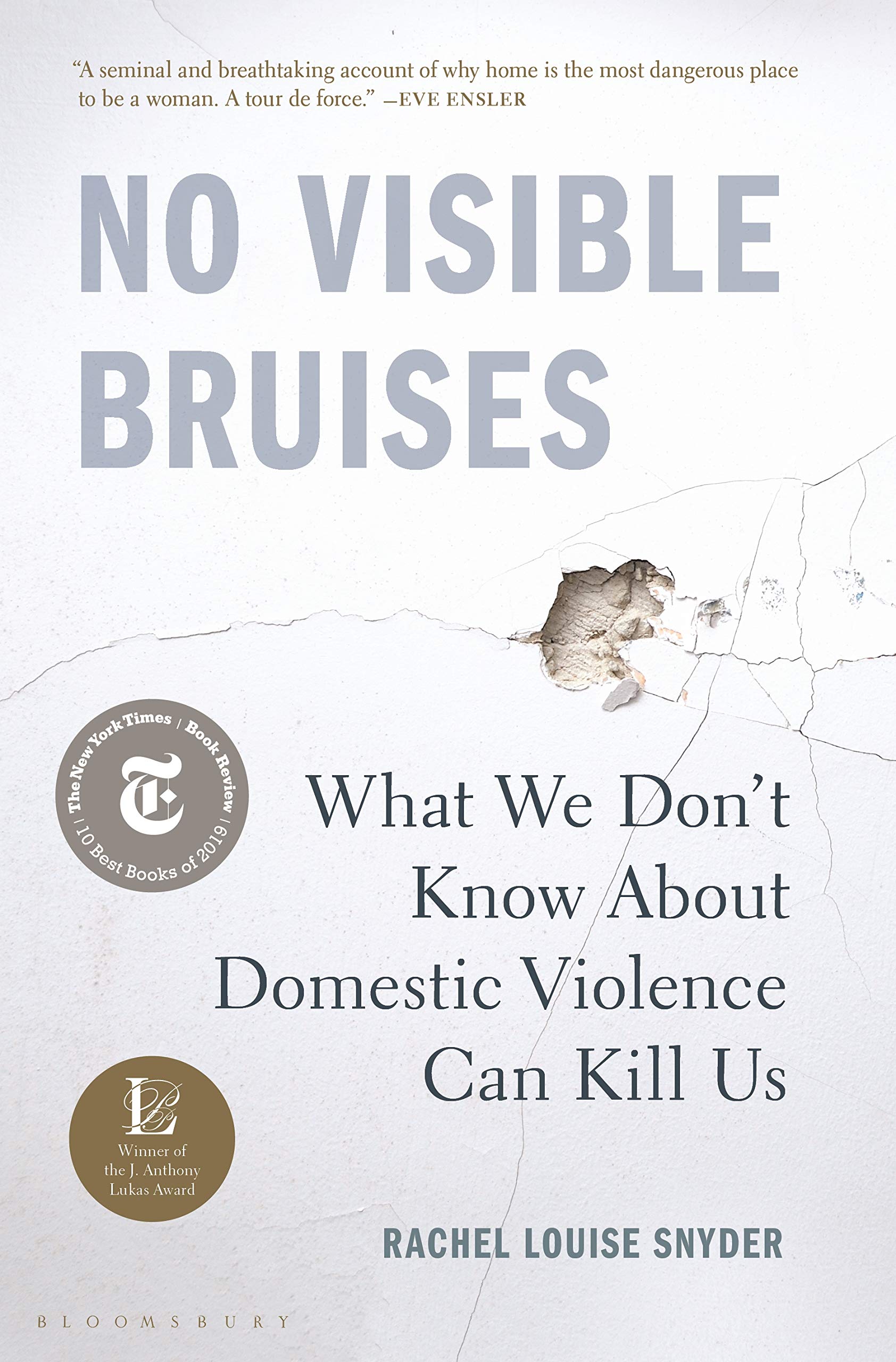 How did this book change your assumptions about domestic violence?

‘I learned that it’s not just the myths that were upended for me, and it wasn’t even learning about the scope of the problem that was a surprise. One of the biggest takeaways is simply how much domestic violence intersects with so many other issues we face today, from other types of violence to homelessness to healthcare to gender inequality to poverty. Its tentacles are massive. It costs us billions in taxpayer money. It costs us in fractured communities, and lost opportunities and broken families.’

What do you hope to achieve with No Visible Bruises?

‘Nothing too aspirational, just massive social change! I think one of the things we can all do, right now, is make space for each other’s stories. The #MeToo movement has been really powerful for women in sharing their stories of sexual assault and violence. I think it’s too soon to know if it will result in real social and political change, but there is power in sharing our stories. We need to erase the stigma and shame of domestic violence. And we need to stop making this a woman’s problem. Domestic violence is a human rights problem, not a woman’s problem. Men need to read this book as much as women, maybe more.’