Menopause may not be on the horizon for you right now, but learning what to expect will be invaluable for your mental and physical health. Jennifer Nadel, co-founder of Compassion in Politics, marks World Menopause Day by sharing how menopause turned her life upside down and set her on a new path. A must-read for every woman, whatever your age

If you’re anything like me you won’t be thinking about the menopause and you won’t want to. It’ll be one of those things that hovers on the horizon. Like death, it’s inevitable but it’s best not to think about it too much.

I had shoved it so successfully into the distant future that one day, when at the age of 48 I was standing up proudly reading an excerpt from my novel at a literary conference, I couldn’t understand why I suddenly found myself puce red and dripping with sweat. I could see the looks of pity on the faces of the audience, ‘poor thing, she must be so nervous’. No! I was not nervous, not one bit. Something had gone wrong with my body. It had turned into an out-of-control radiator which was dangerously overheating. I now know, of course, that it was my first hot flush.

I didn’t want hot flushes. I did not want to be menopausal. Menopausal was bad. It meant the end of my fertile years; the end of my sexiness, the end of my desirability. It meant I was passing into that nether region of ageing where I would shortly be invisible, forgotten and depressed.

I was totally unprepared for the whole basket of symptoms the menopause would usher in. Hot flushes were just the beginning. I felt as emotionally out of control as I had in puberty, although I was in my late forties. I became a carousel of moodiness, sleeplessness, memory loss, acute anxiety, depression, exhaustion and housed an inner cauldron of rage that bubbled over inappropriately way too often. Not surprisingly, the rage took its toll on my already wobbly marriage and my husband sidled for the exit.

Then there were the physical changes: weight gain, hair loss, elasticity loss, strange thick hairs sprouting out of moles. I don’t want to alarm you but it was intense. And all the more intense because I was totally unprepared. That’s why I’m talking about it now, because I don’t want anyone else to be as shocked by it as I was.

And, I’d like everyone to know that there are solutions. For me it was HRT – hormone replacement therapy. A simple gel that I rub into my skin each morning and a progesterone pill that I pop at night. Initially, I was scared off by reports of increased cancer risks until my GP explained that the benefits of HRT went beyond relieving the obvious symptoms. Benefits include improving my internal organ health and protecting me from osteoporosis.

Now I feel like the ancient mariner wanting to warn all younger women that they can get help from the start of the perimenopause which can start up to four years before your periods end.

The menopause is my superpower

But that is not where the story ends. It’s actually where the next chapter begins. Just as puberty ushers in a new stage of life, so does the menopause. It’s when we as women can step into our full power. We are no longer weighed down by periods and the possibility of pregnancy. The hormones that have made us impeccable carers have begun to disappear and we find ourselves better able to detach from those we love and to break out of any co-dependent traps.

I went from smother-mother to slob-mum at lightning speed. Instead of hovering over my three sons’ feelings and actions I became laissez-faire. ‘It’s their lives, I’m sure they’ll sort it out’ replaced ‘let me do it for you’. 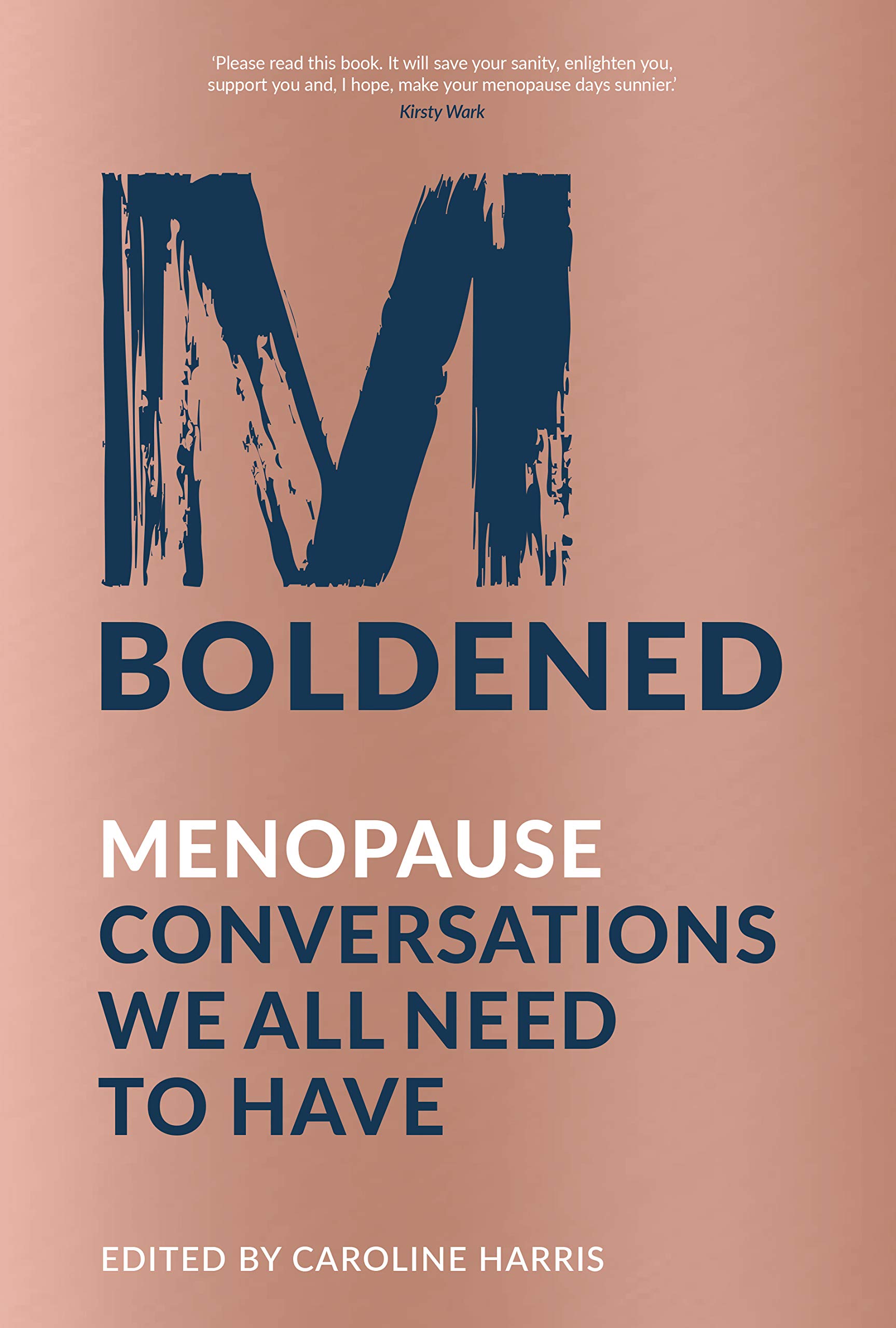 That cauldron of rage that boiled over in my failing marriage became the furnace for alchemic change. What did I want to do with the time I had left? What were the things that mattered most to me? Who did I really want to be with? Or more basic still, ‘who was I really’? After all those years of working, caring and achieving it became time to step back and take stock.

We all know about the male mid-life crisis, but how many know that in fact more women leave their partners in their fifties than vice versa? I’ve had girlfriends walk out on seemingly happy twenty-year marriages for younger men or female lovers. Free from the choke-grip of our caring hormones a whole wealth of opportunities opens up.

I found menopause ushered in a new era of fearlessness. I ‘d spent my life fighting to right social injustice. I’d worked for broadcasters, run campaigns, been on the national executive of a political party and run for parliament. Whilst I’d been able to nudge some things forward much of my energy had been spent trying to manage internal politics rather than achieving the political goals that mattered.

The menopause left me unable and unwilling to tolerate compromise and allergic to trying to people-please. I didn’t want to have to keep squeezing myself into the spaces available for me within large powerful (often male dominated organisations). I didn’t want to waste another amp of energy making myself likeable so that I could just get on and do my job. Out of that growing inability to tolerate wasting my life force I set up Compassion in Politics with my friend, Matt Hawkins.

Over the last few years, thanks to harnessing that menopausal rage and intolerance, I’ve had the privilege of championing the thing I believe in most: compassion. I don’t want to live in a country where it has somehow become normal for refugees to drown at sea; for nurses to rely on foodbanks and for mortality rates to be higher for poor and black Britons than for their wealthier white counterparts.

Show compassion for others

Covid has highlighted how compassionate we humans are. Yet, somehow our politics has become detached from that basic human value that we voters all hold dear. Our mission has struck a chord and we’re now working with politicians from all parties, academics from across the globe and celebrities and citizens. When we set up Compassion in Politics because we could no longer tolerate the edging out of compassion – we had no idea how many other people would feel the same way.

So, it’s time to shift the story we tell ourselves about the menopause. For too long patriarchal narratives have dominated our landscape. Let menopause no longer be about becoming invisible or worse still hags, crones or spinsters. We as women are writing a new chapter about what the menopause means and it is powerful and wonderful and nothing to be scared of.

* Jennifer Nadel is a co-author of M-Boldened: Menopause Conversations We All Need to Have (Edited by Caroline Harris), Flint Books, £20 hardback – on sale now