Robert Pattinson's set to get a new best friend, as Twilight directors start the casting hunt for the role of Garrett in Breaking Dawn

Robert Pattinson’s set to get a new best friend, as Twilight directors start the casting hunt for the role of Garrett in Breaking Dawn.

But rumour has it movie bosses have already got their beady eye on someone to play R-Patz BFF in the film.

Its thought Pushing Daisies star Lee Pace could be in line to play the role of down to earth vampire nomad Garrett.

‘Lee is the top person in the running to play Garrett in Breaking Dawn,’ a secret told E! News.

If cast, Lee  whos most recently starred in Colin Firths hit A Single Man, and romantic comedy, When in Rome  is expected to join the rest of the cast to start filming the fourth film this autumn. 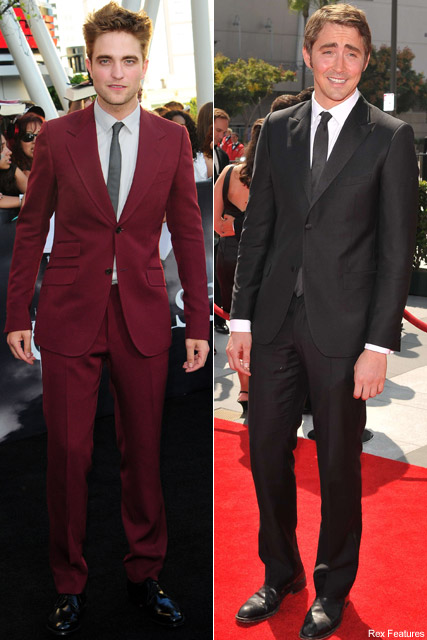 Is Lee a good choice to play Garrett in Breaking Dawn? Or would you like to see someone else to take home the role? Let us know your thoughts in the comments box below.